LIGHTOPIA- Exhibition on Light at the Vitra Design Museum, Weil am Rhein, Germany

We have been involved in contributing to the exhibition with an essay (Beyond our Eyes: The invisible Impact of Light by Christian Cajochen in Essays on the cultural history of light, Volume 1/3, Museum Catalogue) and a presentation on the Effects of Light on Human Health by Anna Wirz-Justice.

The introduction of street lighting in the city during the 19- century was at the origin of one the most important social and political revolution of the urban practice and of the form of the city. The ambition was demiurgic: to make day during the night. The street lighting caused new urban typologies (the boulevard for example) but was also the cause of new behaviors, those of the noctambulism, sauntering the evening on the boulevards, dancing in the balls. It is an ambition of the same order that we want to produce today but more contemporary, more ambiguous: that to create the night during the day. Our project is that to reinvent the night in this continuous artificial day, producing the night during the day, physically. It’s a perverted answer to the perpetual day created by modernity, Internet and contemporary globalization. After the ”Noctambulisme” we would like to invent the “Diurnisme”, using a yellow bright light which wavelengths, upper than 600 nanometers, are perceived by the body through the melatonin rhythm as a true night. The room becomes a paradox between the visible and the invisible: a night which looks like a bright day.

Various installations to visualize the non-monumental, "invisible" elements of architecture. Find out more about this art & science project: PDF (french) 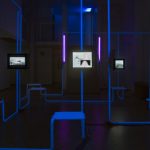 Melatonin Room is a physiological architecture which acts on the space itself by transforming its electro-magnetic make-up. This room is defined as a space of hormonal stimulation. Two climates are produced, turn by turn. The first is defined by the emission of an electroma-gnetic radiation at 509 nm, at an intensity of 2000 lux, which eliminates the production of melatonin by the pineal gland. When secreted, this hormone provides information associated with tiredness and sleep. The space becomes a physically motiva-ting place, which is also chemically stimulating. The second climate is a dissemination of ultraviolet rays which, on the contrary, stimulate the production of melatonin. Melatonin Room is a space without representation, which reduces to a maximum the medium between the emitter and the receptor, and acts on the chemical mechanisms of things between each other. It works on the new forms of communication created by the biotechnologies and by genetics, together with the analogical, the poetic, the aesthetic and the rhetorical.

A very different, very provocative installation on the ways in which technology, art and architecture are merging is offered in ''Melatonin Room, 2001,'' by a team of Swiss architect Jean-Gilles Decosterd and Philippe Rahm. To understand what's happening it's necessary to know that melatonin regulates levels of alertness in the human body. A high level induces sleepiness, a low level greater alertness. The work consists simply of two small rooms into which a visitor may crawl.One of them contains bright green light, which purportedly lowers the level of melatonin in the body. The other bathes the visitor in soft blue light, which purportedly raises the level of melatonin. Such ''physiological architecture,'' as the team calls these rooms, explores the ways environments can change consciousness. Whether the effects can be felt or not -- this visitor didn't feel them -- it's a conceptually fascinating proposition.

Take a look at the website of Décosterd & Rahm associés: www.philipperahm.com 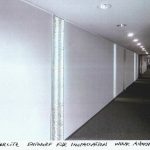 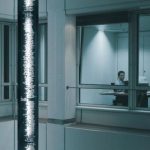 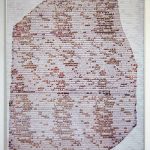 Project in the WWK Insurance Building in Munich[/caption] Science in culture: Rhythms and reflections life represented in architecture by the artist Andreas Horlitz. Read the Nature acrticle: PDF Anreas Horlitz monograph: PDF Left and middle panels: Project in the Gerling Insurance Building in Düsseldorf. Seven years of actimetry from a single individual transferred to a 25 metre neon- lit round steel column. Right panel: Project in the WWK Insurance Building in Munich. Metal and glass light panels of actimetry throughout the ages of man: from a 6 month old baby, 4 and 8 year old children, a teenager, student, pregnant woman, 2 shiftworkers, a housewife, an office worker, a middle-aged jet-lagged manager, and 60, 83 and 95 year old subjects. Andreas Horlitz has donated two works of art to the UPK Basel (PDF)

We use cookies to ensure that we give you the best experience on our website. If you continue to use this site we will assume that you are happy with it.Ok